Here’s a repost from my old blog:

Before we go on, below is the story of the creation of man in Genesis 1. Go ahead and read it in full as a refresher.

When we read the Bible, it’s important to remember that the stories, while not always portraying morality or exemplary character, are meant to train us in good works. The stories try to give a picture of the good life as well as the internal and external threats to it. By the time the Old Testament as a whole became known as “the law and prophets” four virtues were recognized as paramount for a life of human excellence and character: courage, justice, temperance, and prudence (see Wisdom of Solomon 8:7).[1]

In Genesis 1:26-31 one can easily see how these four virtues must be developed for humanity to fulfill its calling on the earth:

In short, one can see how the four cardinal virtue are necessarily a part of man’s vocation as man. They must be developed if one is to have the highest experience of humanity in creation.

[1] The case has been made by David Oderberg that these four virtues really do constitute the four pillars of human excellence in a definitive way. David S. Oderberg, “On the Cardinality of the Cardinal Virtues,” International Journal of Philosophical Studies 7, no. 3 (October 1999): 305–322.

Why wouldn’t you want to?

Well aside from the Biblical commands against returning to Egyptian morality and idolatry, but otherwise, how better to walk than to:

Slide your feet up the street, bend your back
Shift your arm, then you pull it back

Socialism has a problem: 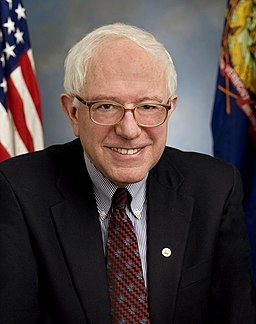 What? Sanders? He’s a nice guy. What problem? It’s a totalitarianism problem.

Over at CapX (an obviously biased website), this observation was made:

Obviously, not everyone feels that dictatorship and mass murder are too high a price to pay for equality. Eric Hobsbawm, the British Marxist historian, for example, was once asked whether, if Communism had achieved its aims, but at the cost of, say, 15 to 20 million people – as opposed to the 100 million it actually killed in Russia and China – would he have supported it? His answer was a single word: Yes. Even today, many people, Canadian Prime Minister Justin Trudeau among them, fawn over Cuban dictatorship, because of its delivery of supposedly free health and education to the masses.

It is true that left-wing authoritarianism is a major problem on the level of social harm caused. This can be seen in the current state of eastern European countries and the association of communist ideology and authoritarianism despite the negative results of that worldview within living memory:

My thought is that western liberalism (Classical Liberalism) in its left and right wing instantiations leads to two negative results in the absence of Christian theology and Christian symbolic representations in the mind:

In an article which must be satire but isn’t, a woman asks:

When Will Wonder Woman Be a Fat, Femme Woman of Color?

If Wonder Woman became any of those things she wouldn’t be Wonder Woman. If somebody wants a fat, non-white, super-heroine who doesn’t need a man, that person can just do what normal creative people do: pick up a pencil and draw the comic.

If a film review says something like, “When will the movie (good or bad) deviate from the outdated source material?” rather than “Is this deviation from the source faithful to it while still creating a good film?” then the reviewer doesn’t care about the movie or the source.

A Hulk fan being concerned about the Absorbing Man somehow being Hulk’s father in the 2003 film or the Absorbing Man being too weak to be a Hulk villain in Marvel’s agents of shield, that makes sense. Complaining that the work of other people is poorly designed art or even fundamentally immoral garbage makes sense.

Complaining that an adaptation of somebody’s art doesn’t fundamentally fail to represent that art is stupid. Complain about Wonder Woman as she was, make a new hero, complain about the coherence of the film, or the film’s intrinsic morality…but why complain that the film doesn’t adequately reflect moder social movements foreign to the creator when you could just make your own?

One of my biggest critiques of Aristotle as a young man was his assumption of the essential goodness of vengeance. As a Christian, all I could think was that such a notion could not be more at odds with divine revelation:

Beloved, never avenge yourselves, but leave it to the wrath of God, for it is written, “Vengeance is mine, I will repay, says the Lord.”[1]

But reading Aquinas helped me see a method of reconciling the two points of view:

We should look to God for nothing save what is good and lawful. But we are to look to God for vengeance on His enemies: for it is written (Luke 18:7): Will not God revenge His elect who cry to Him day and night? as if to say: He will indeed. Therefore vengeance is not essentially evil and unlawful.[2]

In other words, vengeance. Now, Aquinas goes further and elaborates a theory of governance and punishment, I’m not interested in that. But rather in the idea that vengeance is a good to be desired by God’s people. It’s a frightful good, especially in light of St. Stephen’s prayer that his evil murderers be forgiven. But are there circumstances, perhaps after Christians have prayed for their enemies to repent, showed them mercy, and even fasted on their behalf that it becomes appropriate to ask God to do justice, and if they hold an official position, to distribute that justice (read: vengeance is the distribution of justice for wrongs done)?

A few verses later in Romans, Paul makes clear that human beings can justly punish from the perspective of governing officials:

3 For rulers are not a terror to good conduct, but to bad. Would you have no fear of the one who is in authority? Then do what is good, and you will receive his approval, 4 for he is God’s servant for your good. But if you do wrong, be afraid, for he does not bear the sword in vain. For he is the servant of God, an avenger who carries out God’s wrath on the wrongdoer.[3]

Not only so, but King David prayed:

they ask me of things that I do not know.

my soul is bereft.

I afflicted myself with fasting;

I prayed with head bowed on my chest.

as one who laments his mother,

I bowed down in mourning.

15    But at my stumbling they rejoiced and gathered;

they gathered together against me;

wretches whom I did not know

tore at me without ceasing;

they gnash at me with their teeth.

Rescue me from their destruction,

my precious life from the lions!

18    I will thank you in the great congregation;

in the mighty throng I will praise you. [4]

Yoram Hazony makes the case that the Old Testament, through a form of extended narrative argument, favors limited government:

The biblical History of Israel presents the political order as oscillating between the imperial state, as represented by Egypt of the Pharaohs; and anarchy, as represented by Israel in the period of the judges. The first road leads to bondage; the second to dissolution and civil war. Neither, the narrative seeks to impress upon us, can serve as the basis for the freedom of a people.

The History wrestles with the question of whether there is a third option, which can secure a life of freedom for Israel, and for other nations as well. It teaches that there is such an option: A state that is not unlimited in principle, like the states of “all the nations” in the ancient Near East, but that seeks “the good and the right” by means of a system of dual legitimacy and a constitutional regime of restraint. This state must have rulers who understand that virtue emerges from limitation of the state’s borders, the size of its armies, its investment in foreign alliances, and its income. Only within these constraints will both the people and their king find a space in which the love of justice and of God that characterized the shepherds who were their forefathers can be rebuilt.

It’s an entrancing read, I highly recommend it.